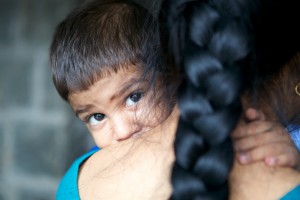 Jubilee Campaign is a non-profit organization which promotes the human rights and religious liberty of ethnic and religious minorities such as those in Pakistan, Iran, Iraq, Syria, Egypt, Nigeria, China, North Korea and others. We assist individuals and families seeking asylum in the West from religious based persecution as well as promoting the care and well-being of larger groups of refugees fleeing religious and ethnic persecution.

Advocacy for religious prisoners of conscience

Jubilee Campaign also advocates for the release of prisoners of conscience such as converts and pastors in Iran and Eritrea,  human rights defenders such as Gao Zhisheng of China, and many others who are in prison or otherwise denied their basic human rights.

Advocacy for vulnerable women and children

Jubilee Campaign works to promote and protect vulnerable women and children from bodily harm and sexual exploitation, paying particular attention to the scourge of human trafficking or modern slavery which we oppose however we can, wherever we find it, in all of its forms.

Advocacy for religious freedom and vulnerable groups at the United Nations

Jubilee Campaign holds consultative status at the United Nations from the Economic and Social Council. This allows us to participate in international bodies such as the UN General Assembly in New York, the Human Rights Council in Geneva, and the International Criminal Court in the Hague. These international efforts, along with our work in Washington, D.C. raises awareness of our campaigns and helps to create accountability for human rights violations.

Many great evils are committed in the dark against those who cannot speak for themselves.

Jubilee Campaign strives to shine the light of truth on human rights abuses which oppressive governments deny or attempt to justify. All around the world people are languishing in prison or dying because no one will utter a word in their defense. When evil tries to silence its victims, our voice will not let them be forgotten.