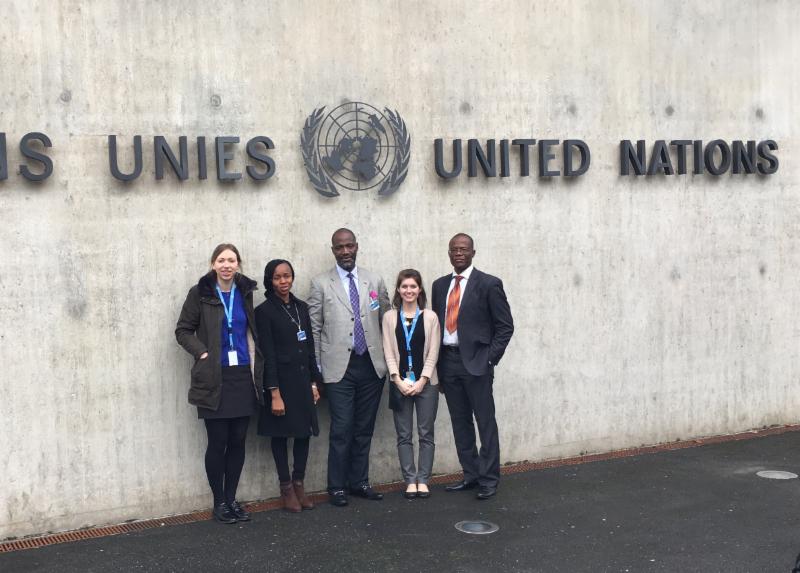 Jubilee Campaign addressed the UN Human Rights Council on March 6, 2017 by holding a side event at the Palais des Nations. This event was held to bring to the Council’s attention to the human rights violations that are occurring in Nigeria.

It is imperative that the international community gets involved.
-Mirjam Bos, Jubilee Campaign

As we have previously reported, ethnic and religious minorities in North and Central Nigeria face many forms of discrimination. In recent years, this discrimination has escalated into violent attacks against vulnerable communities. This is due to a rising militancy associated with members of the Fulani ethnic tribe. The members who have become militarized have launched deadly attacks killing men, women including pregnant women, children, and the elderly. To the dismay of the of the thousands of victims, the Nigerian government has refused them adequate protection and support.

Jubilee Campaign, along with representatives from Nigeria, raised this issue and gave recommendations that the United Nations should take to intervene and prevent further destruction. Among these recommendations, we are requesting that the United Nations conduct an independent and impartial investigation into the atrocities perpetrated by the Fulani militants. Fatima Njoku of Stefanos Foundation stated, “This is not something that is beyond the Nigerian government if they are willing to do it, but if they are not willing to do it, there is international responsibility to protect.”

In addition to the side event, our delegation met with various UN offices to discuss what specific measures they could take to assist in addressing the violence. We will continue to correspond with the offices to provide further evidence and resources. We hope that through our collaboration, necessary action and an adequate international response will be given to bring justice and protection for the Nigerian people.