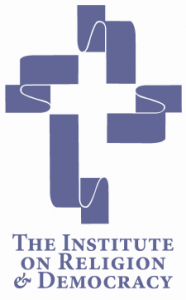 On behalf of the Washington Working Group on Nigeria, we would like to thank you

for your service to the global community in promoting international cooperation,

peace and security. The Working Group on Nigeria is a coalition of U.S. organizations

working in the U.S., the U.N., I.C.C. and other fora advocating for peace, justice and

humanitarian assistance in response to the insurgency in northern Nigeria.

Pursuant to our efforts, on November 13th, 2013, the U.S. government designated

the Nigerian jihadists group Boko Haram as a Foreign Terrorist Organization. The

Organization. By designating Boko Haram a Terrorist Organization, these nations

have placed financial sanction on Boko Haram and their affiliates.

Pakistan and tied only with Syria. The National Consortium for the Study of

Terrorism and Responses to Terrorism (START) reported that Boko Haram was

Taliban – and ahead of Al Qaeda.

• As you are well aware, thousands of lives have been lost in this largely silent

attacks on diplomatic embassies around the world combined (diplomatic

the World Health Organization and the UN as well as consulates, embassies, and

assumed international humanitarian dimensions with thousands of refugees in

Regrettably, there is currently no victim compensation fund for the victims of

compensation. Apart from the limited relief efforts some of our members are

undertaking, we are not aware of any support by multilateral or international

donors to victims in Nigeria.

However, the Nigerian government is reportedly spending over 30 million dollars to

repair the U.N. building in Abuja after it was bombed in 2011. Over 100 churches

have been destroyed since the U.N. bombing in 2011, about 3 mosques attacked and

thousands of homes, farms and businesses as well, yet the Nigerian government has

offered no restitution for the victims.

These victims are desperate. Desperation and destitution in the face of impunity are

potential drivers for retaliation and escalation. This needs to be urgently mitigated.

undersigned organizations join Ike Nzeribe, the sole survivor of that attack, and

urge the U.N. to repay at a minimum the equivalent amount of the renovation costs

towards a Victim Compensation Fund. We consider it unfair for the world’s top

diplomatic institution, which is funded by national governments to derive a benefit

social welfare safety net and perquisites of diplomats are deprived of the same.

Our data shows that in 2011 attacks around Nigeria’s capital city, Boko Haram first

bombed the Police HQ in June, ACFM church in July, the U.N. building in August and

in the bombing, struggling to care for a 13-year old son who survived but still has

shrapnel in his skull – 2 years after. People like this would benefit from a VCF.

Boko Haram as an AlQaida affiliate.

Finally, we would like to formally request a meeting with you to discuss these

actions reflective of the concern you have expressed.

We look forward to your prompt attention to this letter.

The Institute on Religion and Democracy