PRESS RELEASE:
23 NGOs and organisations call for the dropping of all charges against Pastor Keshav Acharya who police in Nepal detained for a total of 99 days this spring. The letter, submitted last week to the Attorney General, decries the Nepali authorities’ handling of the pastor’s case and points to how their actions and the charges contravene both the Nepali constitution and international human rights law. COVID-19 was used as an initial and undue excuse to target Pastor Keshav for his Christian faith.

Background
On the 23 March 2020 Kaski District Police arrested Pastor Keshav from his home in front of his family, two days before Nepal’s COVID-19 lockdown. The authorities did not provide an arrest warrant.

The police accused the pastor of disseminating false information saying he made a statement that “Jesus can cure Corona” following a YouTube video where the pastor called for the stop of the Coronavirus in Jesus’ name. Pastor Acharya never discouraged anyone from seeking medical treatment for the coronavirus.

On April 8 Pastor Acharya was given bail at 5 000 Nepali Rupees, although the sum was paid, the police could not release him as new charges were filed against him.

The authorities filed two additional charges which targeted the pastor for his religious faith, including accusing him of proselytizing and “outraging religious feeling” under Section 158 and 156 of the National Penal (Code) Act, 2017. The final charge came from Dolpa prompting the police to transport Pastor Acharya from his hometown in Pokhara to Dolpa, a 72-hour grueling trip, during the countrywide lockdown. The Nepali authorities kept Pastor Keshav in detention for 99 days before granting him bail and releasing him on the 30 June 2020.

Maltreatment + Discrimination
When the police transported Pastor Acharya from Pokhara to Dolpa the police kept the Pastor’s hands chained behind his back and limited his access to food. In addition, the bail amounts that were requested and paid out by family and friends of Pastor Acharya exceeded or equaled the fines for the alleged charges themselves. The arrest of Pastor Acharya comes in the context of a Nepal that is becoming increasingly hostile towards Christians.

Anti-conversion laws in Nepal – A Stifling Effect on Religious Freedom and Freedom of Expression
The introduction of the National Penal (Code) Act, 2017 in Nepal that came into effect on August 2018 introduces anti-conversion laws that are nearly a copy and paste of the infamous laws that exist in several states in India.

The law in Nepal criminalises any person who converts any one from one religion to another or makes “attempt to, or abet such conversion.” In Section 158 (2) it adds:

No person shall do any act or conduct which
undermines the religion, opinion or faith of any caste, race, community or convert any one into another religion, whether by inducement or not, in a manner to so undermine or propagate such religion or opinion with the intention of making such conversion.

In Section 156, the law introduces blasphemy laws, by prohibiting the “outraging of religious feeling.” It states:

No person shall outrage the religious feelings of any caste, race, community or class by words, either spoken or written, by visible representation or signs or otherwise.

The sentence for the offence is up to five years in prison and a fine, “not exceeding fifty thousand rupees.” This law places a limitation on the freedom of expression on a subjective ground.

No person shall, in the exercise of the right conferred by this Article, do, or cause to be done, any act which may be contrary to public health, decency and morality or breach public peace, or convert another person from one religion to another or any act or conduct that may jeopardize other’s religion and such act shall be punishable by law.

Nepal and the Universal Periodic Review
During the earlier Universal Periodic Review of Nepal in 2015, government officials deflected criticism of the anti-conversion law, saying that the constitution “fully ensures religious freedom to all people, and prohibits discrimination of any forms.” In addition, they said that every person is free “to choose, adopt, profess of practice religious belief,” but that the limitation of proselytism is only when it is “by force, or undue influence or inducement.” [our emphasis].

Nepal considers that the constitution promulgated by the elected Constituent Assembly fully ensures religious freedom to all people, and prohibits discrimination of any forms on ground of religious faith and philosophy. Every person is free to choose, adopt, profess or practice religious belief. However, proselytism by force or undue influence or inducement is prohibited. This does not undermine freedom of religion.

Since this statement by the Nepal government the Nepal authorities’ implementation of the constitution has gone further away from the international standards. The National Penal Code and the Constitution of Nepal do not make the distinction of proselytization by “force,” or “undue influence,” as alleged by the Nepal government, thus making all expression of belief punishable if it leads to someone changing their mind and converting.

The National Penal Code and the Constitution of Nepal do not make the distinction of proselytization by “force,” or “undue influence,” as alleged by the Nepal government, thus making all expression of belief punishable if it leads to someone changing their mind.

Moreover, these laws have been shown to be implemented in breach of the International Covenant on Civil and Political Rights (ICCPR) Article 18 and 19, to which Nepal is party, by arresting Pastor Acharya. While Article 19 allows for certain restrictions, “these shall only be such as are provided by law and are necessary,” they can not be applied discriminatorily. The Human Rights Committee have concluded that arbitrary arrest of a person can never be a compatible restrictions, which renders the police arrest of Pastor Keshav unlawful.

You can find and read the full letter here:Download

Submission to the UN Human Rights Committee on North Korea

Oral Statement on China’s Violation of the CRC 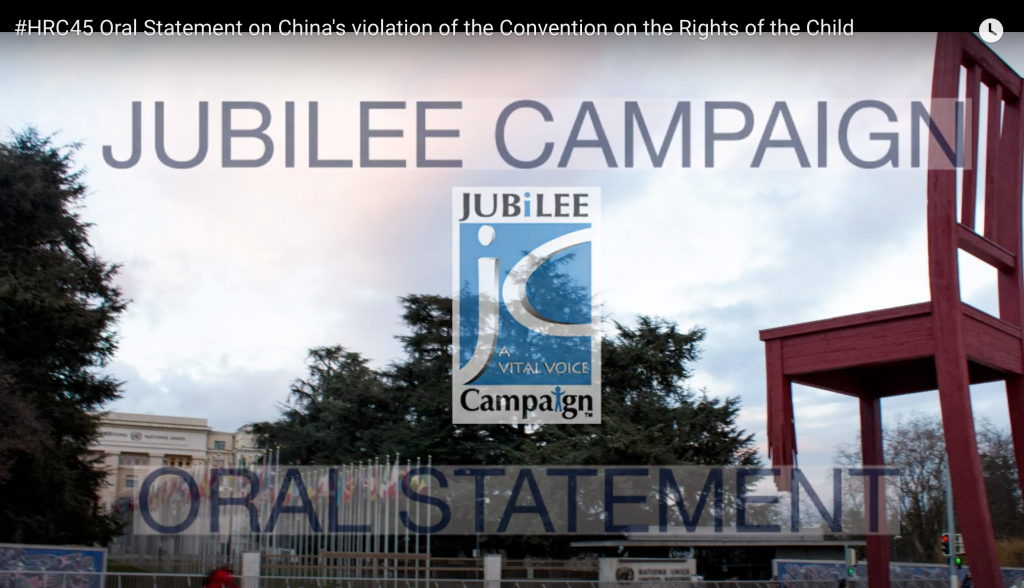 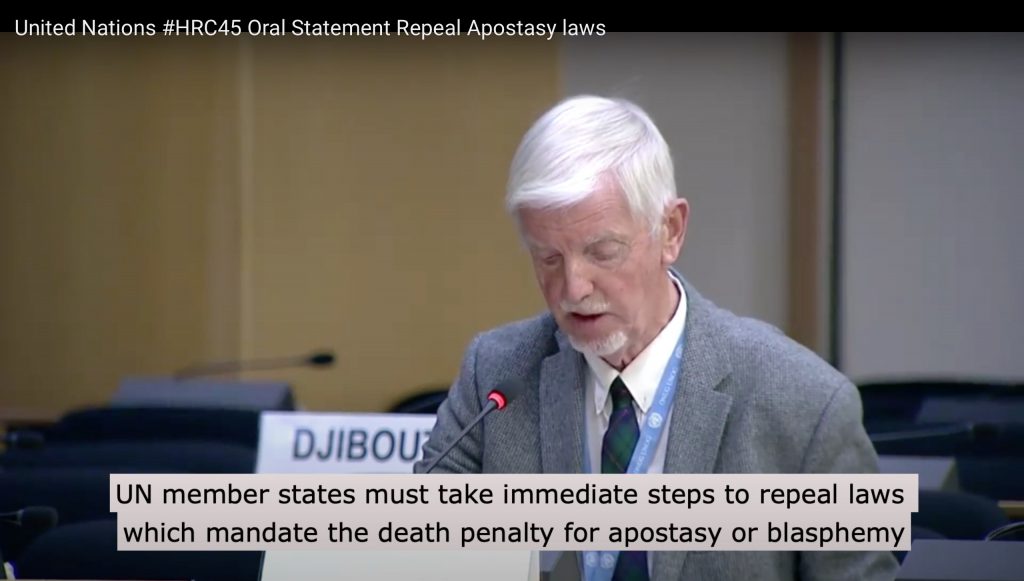 On the 24 September 2020, Jubilee Campaign addressed the Human Rights Council, welcoming the repeal…